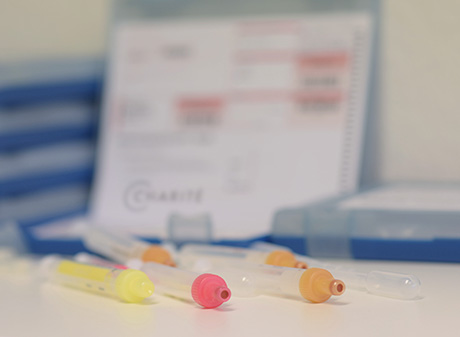 Mongols in Vietnam: End of one Era, Beginning of Another

A Source for the Cosmopolitan Medicine of the Mongol Era: Huihui yaofang Abstract...

The Significance of Research on Ancient Chinese Medical Literature Preserved not in Chinese Archives but in Foreign Libraries only.

University of Science and Technology in China, Anhui, VR China

1. The History of the German Encounter with Chinese Medicine from its   Beginnings in the 17th Century to the Present

In the late 17th century, Andreas Cleyer, a German physician in the service of the Dutch East India Company published, in Latin language, a book on Chinese medicine. Ever since, knowledge on the Chinese tradition of interpreting and dealing with health and disease has been presented by authors with various backgrounds to the German public. Stimulated by French colleagues, a "German Physicians' Association for Acupuncture"  was founded in the early 1950s. However, it was only in the 1970s, following the "opening of China", that the German public became familiarized with so-called TCM and acupuncture on a grand scale. In the meantime, countless German and Chinese practitioners with varying backgrounds of training an expertise have set up privately owned clinics and work in hospitals all over the country. Attempts at explaining the effects of acupuncture by modern scientific methods have been undertaken by some research institutes. Still, TCM and acupuncture have remained marginal in the German health care delivery system, and will, most likely, not be able to have a stronger impact despite strong lobbying efforts supported by the Chinese government. This lecture will trace the historical phases of the German encounter with Chinese medicine, and it will offer some interpretations of, first, why TCM and acupuncture have been welcomed in recent decades by some parts of the German public, and, second, why TCM and acupuncture will remain of little influence on general health care in future.

2. The Scope of my Personal Research on the History of Chinese Medicine.

In 1969 my wife and I went to Taiwan to study the present situation of Chinese medicine in a modern health care delivery system. While my wife focused on a translation and analysis of Wang Haogu's /Tangye bencao/ and Chinese theoretical pharmacology, my own subsequent dissertation, based on 12 months of fieldwork, focused on the co-existence of Western and Chinese medicine and pharmaceutics on Taiwan. At that time, TCM and acupuncture were known to only very few people in Germany, and my research focus was considered "exotic" and "obsolete." However, out of personal interest, I began to examine further aspects of Chinese medical history, slowly passing from an analysis of the history of Chinese materia medica works (/ben cao/), to medical ethics, and the history of medical ideas. Eventually, I began to translate complete ancient Chinese medical texts into English, beginning with the late Han dynasty Nanjing, and followed by Xu Dachun's /Yixue yuan liu lun/ of 1754, and several other seminal works. Most recently, I have begun to publish comparative histories of ideas of European and Chinese medicine to point out basic differences and unexpected parallels that I have come across in now 40 years of research. In addition to literary sources, I have worked with material witnesses of the history of Chinese medicine and pharmaceutics, and I have drawn attention to the wealth of data contained in folk medical manuscripts of the 19^th and early 20^th century. This lecture will trace my own way through the historiography of medicine and pharmaceutics in China. It will give examples of research results, and it will point out some of my personal views on characteristics of Chinese medical history.

Traditional Chinese Medicine - A Promise Pointing to the Future, or the Fading of a Past Tradition?

"Competitive Adaptation: Anthropological Conceptualizations of Genomics
and Bioethics in a Globalising China"   mehr...